Author John Rohde is a Candidate for Holy Orders in the Diocese of Central New York. He originally shared this talk at a diocesan “Stewardship as Spiritual Practice” workshop in August 2018.

All things come of thee oh Lord, and of Thine own have we given thee.

There is a Jesuit named Anthony De Mello that tells a story called the “Diamond”.

The wise man had reached the outskirts of the village and settled down under a tree for the night when a villager came running up to him and said, “The stone! The stone! Give me the precious stone!”

“What stone?” asked the wise man.

“Last night God appeared to me in a dream,” said the villager, “and told me that if I went to the outskirts of the village at dusk I should find a wise man who would give me a precious stone that would make me rich forever.”

The wise man rummaged in his bag and pulled out a stone. “He probably meant this one,” he said as he handed the stone over to the villager. “I found it on the forest path some days ago, you can certainly have it.”

The man gazed at the stone in wonder. It was a diamond, probably the largest diamond in the whole world, for it was as large as a person’s head.

He took the diamond and walked away. All night he turned about in bed, unable to sleep. The next day at the crack of dawn he woke, went back to the wise man and said, “Give me the wealth that makes it possible for you to give this diamond away so easily.”

Some of you may or may not know, I am a musician. I have two degrees in music, and for most of my adult life I practiced hard and was disciplined about learning my craft. This was during a time when I was un-churched and as you might guess, I thought that whatever success I had as a musician was to be credited to me. I worked hard at it and I deserved the success that came with it. It wasn’t until I came back to church in my late thirties that I came to know something different. Whatever success I enjoyed or talent I had was not of my doing, it was a gift from God. Now, practicing became my way of showing appreciation for the gift, and discipline towards the craft became a way to reveal, in some small way, the work of the Holy Spirit, here and now.

But this is really the easy part of the conversation. When we think of stewardship, we typically hear three words, time, talent and treasure. The first two, time and talent, don’t offer much discomfort, but the third, treasure or money, eee…

And we come by this discomfort honestly, after all, the three things not to talk about in polite conversation, money, politics and religion… stewardship and treasure hit two of those taboos.

But as David Lose says, “It’s not about money, it’s about values.” Well it is about money, but underlying the money is a much more important and compelling issue, values.

So, as much as I’d like to believe differently, we have two sets of values. The ones that are really important to us, the ones we sometimes say out loud, the ones to which we espouse. And secondly, the ones that rest in our unconscious behaviors and reactions, the ones that reflect how we really live.

Wait, shouldn’t these things be one in the same? Of course, but for many of us, myself included, they are not. And we all know the feeling in our gut when that chasm between faith and life is revealed. That’s the spirit tugging on our shirt tail and letting us know that something is getting in the way of us living into our true selves.

Not an easy task, I narrate the obvious to say that we live in a culture that equates wealth and possessions with status, power and happiness. But to bring what we believe, and how we live, even a little bit closer is to help us bring about the Kingdom in this world.

All that we have, time, talent and treasure belongs to God. And as so, we belong to God and must give ourselves and what we are and have to God, who gave them to us. Time talent and treasure belong to God; God gives us ability and opportunity that we might better do the work he has given into our hands, and in not using his gifts to the fullest of our limited abilities, we make our story a story of cheating God, cheating ourselves and our sisters and brothers by not giving full value. God requires that our ability and opportunity be put to use, and that nearly always means put at risk. If these gifts are to grow, they must be put to good use. The most special and profound gifts, unpracticed, unemployed, never put at risk, aren’t much use to anyone. The great cellist Pablo Casales was asked why at age 92, did he still practice? He replied, “Because I’m beginning to see some results.”

Time, talent and treasure… We are asked in the time that we have to use wisely what we have been given for the Kingdom of God. That means that we must consider not only how we spend our time but how we spend our money, and how we use our talents as well. The gifts that we have do not belong to us; they are not ours to possess but rather they are ours to improve and care for, and if we do not, we will lose them.

One of my mentors and an advisor from seminary is a retired parish priest from Rochester named Winifred Collin, it also happens that I think the world of her. She tells a story that begins with how in Seminaries and in different church settings we typically start a first day in class with a go-round of introductions. Your name, your denomination, if you’re in an ordination process, how far along in your studies one might be, etc. It happens so frequently that you firmly expect this to happen and start thinking through your introduction prior to the class.

Winifred describes a first day in class with a new teacher, a Roman Catholic priest who brought about the introductions by saying, “Let’s go around the table, please tell me your name and what you did for the Kingdom today.” This had such an effect on Winifred that she and her husband would great each other at home at the end of the work day with the same question. Not, “How was your day?” but “What did you do for the Kingdom today?”

My wife and I were in Savannah last month, we walked past Christ Episcopal Church on one of the historic squares where a brass plaque tells us that John Wesley was once a rector.

I was reminded of Wesley’s words to a timid audience, words helpful both then and now, a response to this question “But what can I do for the kingdom?” Wesley replied:

If we give serious consideration to this use of our talent, our time, and our treasure, then neither our church nor the whole church of the Jesus movement need ever fear or want, and for that let all the people of the church say Amen. 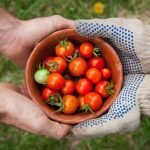